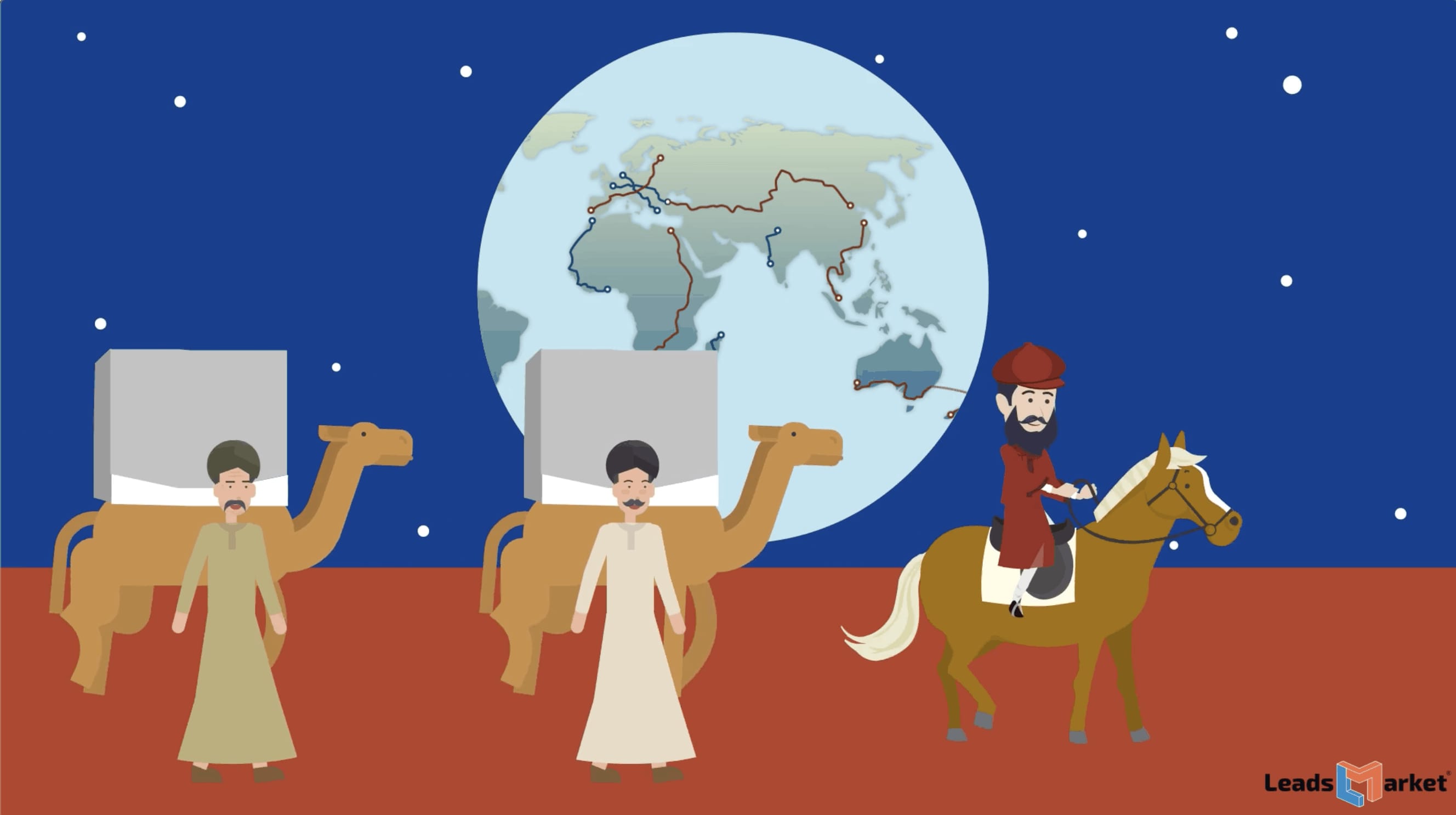 In these uncertain and unprecedented times, it can seem like everything is up in the air. While change can be a scary thing, it can also signify that better times are on the horizon. Within the Lead Generation Industry, we’ve seen momentous changes in the way we live and in our society. We’ve learned to change, adapt, and shift our focus to better suit our current surroundings.

While you may associate Lead Generation with the Industrial Revolution, but it’s been around for a much longer time. This fact shows us how humans have been able to weather incredible changes and still find a way to persevere. In this blog post, we’ll share a slice of our history, so you can learn firsthand how resourceful we can be in times of high stress and uncertainty.

Where Was Lead Generation Born?

Born during the beginning of the Renaissance, Marco Polo was one of the most prominent early European merchants and explorers to walk the trails of the Silk Road.

He even became a member of the court of famed Mongol ruler and founder of the Chinese Yuan Dynasty, Kublai Khan. That said, where does lead generation fall into this?

As you can imagine, with a vast route, stretching from the Mediterranean all the way to China, it took a very long time to cross it.

If you lived in modern-day Pakistan and wanted to purchase Chinese jade artifacts and Roman wine, how were you going to do it?

You couldn’t afford to miss the day their caravans came into town since it could take months before they came back.

There was no Twitter, no FaceBook, not even newspapers since the Gutenberg printing press was invented during the 1440s. This gave rise to a particular figure, who took it upon themselves to find out what merchants would be in town on any given day. They would match buyers with sellers of different goods, for a fee, of course!

Are They Still Around?

Naturally, this practice has evolved with the creation of the printing press by Johannes Gutenberg, so now sellers could advertise their goods in the emerging newspapers.

So, you may be asking yourself, did these lead generators fade away over time? Far from it! As the savvy business entrepreneurs they were, they kept up with the times and evolved, as trade practices continued to change.

The caravan was replaced with trains, and the sailboat was overtaken by steamships during the Industrial Revolution.

After the ravages of WW1 and WW2, the middle class began to emerge. City centers became more and more commercial, as people moved to the suburbs.

Throughout the rise and decline of the traveling salesforce, lead generators have continued to play a vital role in the world of business, finance, and sales.

Now you may ask yourselves, where does that leave lead generation today? Well, if this resourceful group of people has taught us anything, it’s to innovate with the times. They used resources like:

Today, they have gone digital! With such an impressive and long history, it can seem incredible that it flies under our radars.

That goes to show what an impact it has on our day to day lives. Lead generation has helped shape the market, letting businesses know who their consumer base is, so they can better cater to them. It’s had an enormous influence on the world today, and it will continue to do so for centuries to come!