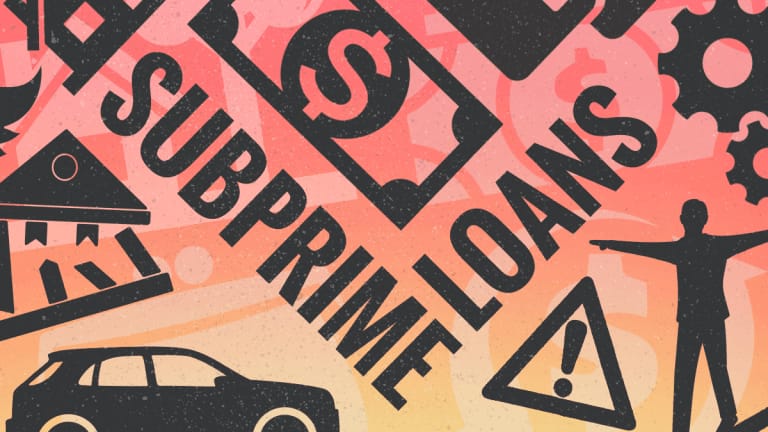 The History of Subprime Personal Loans

In this post, we will discuss information and details about subprime loans. This will serve as an introduction to the different types of subprime loans available, their consumer base, and the differences of each one.

First, how does the lending industry generally define the term “subprime loan”? Lenders usually offer these loans to people who have a lower FICO credit score (approximately 580-669). Subprime borrowers are riskier than prime borrowers, so these loans have higher interests to compensate for higher default rates. Within the subprime lending market, there are different types of loans that a borrower can use depending on their particular situation. Each one has its specific distinctions that make them useful for different people.

We will be focusing on three of the most common types, being Payday loans, Subprime Installment Loans, and Pawn Loans.

Payday loans are available from approximately $100 to $1500, with a fast approval process. Many companies (particularly online lenders) offer approval in as little as 5 minutes, with the money in the borrower’s account the next day. Storefront payday lenders may still require borrowers to leave a postdated check for the full amount, but the borrower gets less cash than the face value of the check because the lender keeps the fees. Online payday lenders don’t require a postdated check but will ask for the borrower’s bank account information so they can take payments automatically via an ACH withdrawal.

Finally, a pawn “loan” is a personal loan in which a borrower uses any given asset as collateral. These can be any valuables, like jewelry or electronics. After appraisal of the item, the pawnshop will extend a loan based on the item’s estimated resale value. The borrower leaves it at the pawnshop, and if they don’t repay the loan, the pawnshop can sell their pawned property. The approval process for a pawn transaction is similar to a payday loan but can offer lower rates since the borrower provides an item as collateral.

What types of consumers seek each of these products? Statistically, consumers of payday loan products average 25 to 49 years old, are high school grads or with some level of college education (though not predominantly college graduates), and their yearly income is close to $40,000.

On the other hand, those who use subprime installment loans typically require more money, as well as a structured payment plan. These types of borrowers are similar to those who seek payday loans. A report by Clarity Services Inc. shows that those who usually relied on payday loans are switching over to installment loans. A significant shift occurred in the market in 2014- 2015, and is showing no signs of slowing down.

As reported by the National Pawnbrokers Association, the median pawn loan transaction is around $150. About 85 percent of those borrowers repay their loans and redeem their collateral, in part due to the smaller amounts these lenders issue to their customers.

The distinctions between these loan types.

Finally, a pawn loan’s use of collateral and loan amount sets it apart from the others. They are also only brick and mortar stores, with no online platform to request their services. In addition to that, these loans are a non-recourse option to their borrowers (pawnbrokers can’t demand repayment of the funds advanced).

Now we want to focus on the 2007-2008 loan crisis, due to its relevance in today’s financial climate.

The 2007-2008 loan crisis, also known as the Great Recession, was a nationwide financial crisis that occurred between 2007 and 2010. While the effects of the crisis were felt most heavily during 2008, the first sign that problems were arising started in 2001. In 2001, the U.S. economy experienced a mild, short-lived recession. With the fear that history could repeat itself, the Federal Reserve decided to act. They lowered the Federal funds rate 11 times, from 6.5% in May 2000 to 1.75% by December 2001. These efforts created a flood of liquid assets in the economy and helped avert the crisis temporarily.

While this offered a gold rush to investors, it wasn’t built to last. By 2006, the mortgage crisis was in full swing, and infecting other areas of the economy. This downward spiral was due in large part to the fact that many financial institutions had sold too many mortgage-backed securities. They relied too heavily on supporting those high-risk mortgages with lower-risk ones. As housing prices continued to fall in 2006, it marked the beginning of the end.

In July 2008, the subprime crisis had reached the entire economy by the third quarter of 2008. As a result, the economy shrank 0.3 percent. It then precipitated a series of events, like the Stock Market Crash of September 29, 2008, that lead to the $787 Billion Stimulus Package of February 2009.

While recovery has been sluggish, the 2010 Dodd-Frank Wall Street Reform Act has had a considerable hand in ensuring that another recession doesn’t occur. While this law oversees many agencies and aspects of the financial market, the Consumer Financial Protection Bureau is of particular note to our partners. This government agency writes and enforces rules for financial institutions, oversees credit reporting, debt collection, and provides financial advisory services to consumers.

While not exhaustive, we hope this provides some background on the subprime lending market.

Now we conclude our education about the subprime lending market with an overview of some of the current market trends.

Online lending in the subprime market is on the rise, as more consumers seek these services online. According to Clarity Services Inc, by 2017 more than one-third of subprime borrowers sought credit online, and this trend shows no signs of slowing down. The 2018 TransUnion Consumer Credit Forecast found that despite seeing a decline in 2017, the origination growth for subprime auto loans, personal loans, and credit cards has grown significantly. In particular, subprime personal loans grew about 28% from Q2 2017 and Q2 2018.

Matt Komos, vice president of financial services and research and consulting at TransUnion, in commenting about this change, said:

“As lenders continue to adjust strategies and monitor for risk, delinquencies have flattened and remained low. Conversely, origination growth is taking place most noticeably in subprime but is also taking place across most risk tiers. Overall, these insights point to a healthy market and should these trends continue, we can expect lenders to continue extending credit.”

“Personal loans continue to be one of the strongest sectors in consumer financial services. We are seeing two drivers of growth in personal lending. First, the favorable regulatory environment has fueled growth in non-prime lending, with FinTechs leading the way. Second, banks and credit unions continue to compete in the personal loan market and are offering larger loans and longer terms to prime and better consumers, whose overall balances are growing the quickest. As we look forward into 2019, low unemployment and rising wages are likely to support continued strength in unsecured lending.”

With this brief insight into current trends, it shows a healthy and growing market with particular emphasis on online lending services. As this market continues to grow, it’s never been a better time to be a LeadsMarket publisher partner. We make our publisher partners a top priority, providing industry-leading payouts, fantastic technical support, and consistent weekly payments. And our customizable website templates allow you to have excellent conversion rates. LeadsMarket has the knowledge, tools, and a dedication to help you succeed. Sign up today!